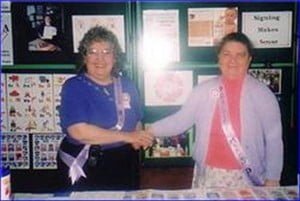 Maureen Doyle and volunteers from Practice Makes Perfect were at Martin Mere at the end of March for a “Healthier Ageing Event” organised by West Lancashire Age Concern. The event brought together many groups and charities.

Visitors had the opportunity to join in the taster sessions of Sign Language, Chair Exercising, Art and Gardening. The Line Dancing was a great success as was the scheduled walks as it was a lovely sunny day.

Members from Ormskirk’s Hard of Hearing group and the Royal National Institute for the Blind were also available to talk about their work.

BT launches broadband campaign in BSL
In March BT launched a new campaign to help promote the benefits of broadband services for deaf people in British Sign Language. BT’s BSL Broadband Guide was launched on 18 March, and should be viewable here.

Saturday morning came, and Southport was covered in snow. It was so thick that it took Maureen half an hour just to brush it off her car, and de-ice all the windows.

Our bag packing day had arrived, but would volunteers and customers stay at home because of the weather? Customers and volunteers did brave the elements, and as the day progressed, the sun appeared and the snow melted. The day went very quickly as we all packed bags, and chatted with 100s of customers about our Sign Language group.

On behalf of the Committee, Maureen thanks all the volunteers for their help: Maria, Tony, Sue, Chantelle and Mavis.

Many thanks to the Management, employees and customers at Waitrose for their interest, support and donations. The total collected was £180.50.

Millennium Volunteers
Maureen had a marvellous two days with a group of Millennium Volunteers in February. They were all eager to learn about Sign Language, and very soon they were singing and signing nursery rhymes as well as making new friends whilst signing about themselves to other members of the group.

Tuesday, 21 February was a memorable day because Mavis Husbands, an invaluable member of Practice Makes Perfect, came to meet the teenagers. Mavis is also a member of the Centre for the Deaf in Stanley Street, Southport.

The Millennium Volunteers appreciated the opportunity to use their newly acquired skills, that is, being deaf aware, using finger-spelling, signing and using clear lip patterns by chatting with Mavis. Their questions to her were about hobbies, holidays and family. Everyone agreed that they had gained confidence and experience.

The Communication options that were available were:

“The event was very interesting, and I will be getting involved with the sub group dealing with Sensory Impairment and Disability”, said Maureen.

Parenting 2000 at Sure Start 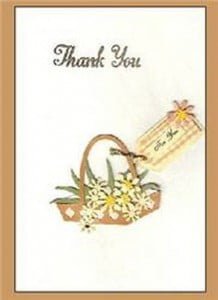 During January and February, Maureen facilitated a 5-week course entitled ‘An Introduction to the Basics of Sign Language’ for young mums at the ‘Parenting 2000’ group held at the Sure Start Centre in Bootle.

Those attending made amazing progress, and they all received 3 certificates: one for attendance, one for the Manual Alphabet and one for Sing a Rainbow (in Sign language).

They were a very enthusiastic group who have stated that they want to continue to practice, and learn more from our website and Internet links. Arrangements will be made a further course in the future.

On the last day Maureen was surprised to receive a lovely handmade ‘Thank you’ card with comments on their experience.

Maureen presented a talk entitled ‘A Sign of the Times’. The afternoon was a resounding success, and everyone participated. The meal was excellent too!